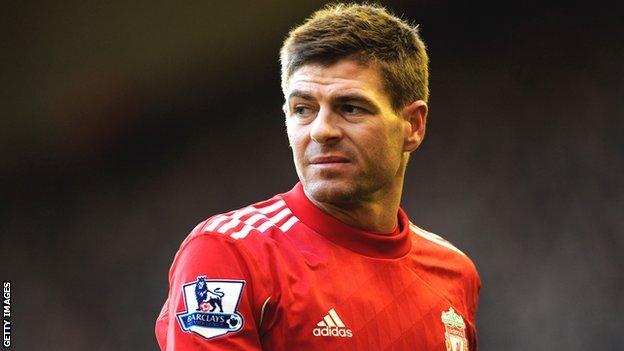 The Reds won the Carling Cup but have struggled in the Premier League, winning just 12 of 33 games to end their hopes of a top-four finish.

"For everyone at this club and everyone at Everton, it's a massive game. It could change our season for the best."

Gerrard added: "I'm not going to play it down because everyone knows how it big it is to me and everyone here at the club."

Liverpool currently lie eighth in the Premier League having won just two of their last 14 matches, which included three straight defeats - a run boss Kenny Dalglish described as the worst he can remember as manager or player at the club.

"The simple facts are our league campaign hasn't been good enough," admitted Gerrard. "We are all frustrated.

"We had three targets at the start of the season. One was top four. We haven't delivered it."

However, a penalty shoot-out win over Cardiff at Wembley in February secured Dalglish's side the Carling Cup and they can keep alive their hopes of a cup double with another win at the national stadium on Saturday.

"We wanted to have two good cup runs and I think we've done fantastically well," said Gerrard. "There is one more big hurdle to get over and we've delivered two cup finals, which is an unbelievable achievement."

Saturday's semi-final will be the first time the two sides have met at Wembley since the 1989 FA Cup final, which Liverpool won 3-2 after extra-time.

Gerrard will lead his side out at Wembley and admits it will be a special occasion, not just for him but for all at the club.

"Leading the team out at Wembley is very big for me personally," added the England international. "But it's not about me on Saturday, it's about Liverpool v Everton. It's a special occasion for the football club and everyone is looking forward to it.

"There's so much at stake. It's a big game. We are in positive and confident mood."