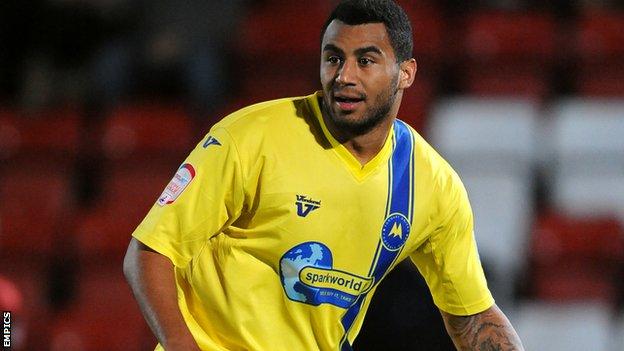 Torquay United striker Rene Howe has delayed surgery on a knee injury in order to play in the club's League Two promotion campaign.

Howe, 25, is the Gulls top scorer with 14 goals this season, including four in his last six matches.

He has a tear in his knee cartilage which is preventing him from training.

"It's a concern that he's got a problem with his cartilage that needs to be sorted out at the end of the season," manager Martin Ling told BBC Devon.

"If it was September or October he would have had a small operation," Ling added.

Howe joined the Gulls in the summer after his contract at Peterborough United ended and has become a favourite at Plainmoor, establishing himself as the Gulls' first-choice front man.

"It's nothing major and we're not putting him at any risk, but he would have had a nip and a tuck in the knee area and he'd probably be back playing after four weeks," Ling said.

"He's playing with what he's got, he's getting through it at the moment and it's a case of him getting through another four games at a minimum and possibly seven games if required."