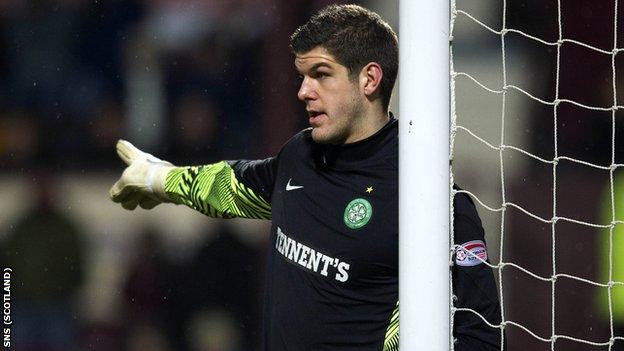 The Newcastle goalkeeper is nearing the end of his second loan spell.

"He knows we are very keen to get things tied up with him because he has had a fantastic two seasons here," said Lennon.

"The feeling he may have got on Saturday... I think it would be very difficult for him to leave here now."

Forster, 24, won a Scottish Cup medal in his first campaign with Celtic.

And a second success in that tournament remains a possibility if Lennon's men can negotiate a way past Hearts in Sunday's semi-final.

Forster has made 43 appearances in all competitions this term as Celtic cantered to the championship, keeping 22 clean sheets along the way.

"We are hoping to speak to his agent and Fraser himself in the next few weeks," added Lennon.

"He is making all the right noises at the minute so it is a case of getting things sorted out."