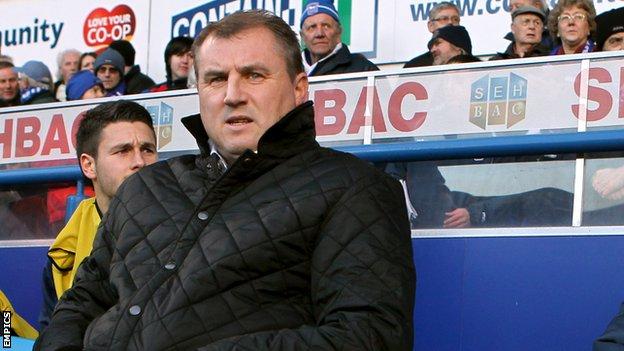 The 16-year-old midfielder was an unused substitute earlier in the season and was involved with the pre-match build-up to Monday's loss to Leicester.

We owe it to the players, whether we're going to offer them contracts or not, to let them know as early as possible

"But we will try and get him a game, or some part of a game between now and the end of the season. We still have to get permission from his school to do that."

Lawrence, who celebrated his 16th birthday four weeks ago, was included in the squad that lost a League Cup clash against Northampton in August.

And Jewell says he brought him into the first-team fold for Monday's visit of the Foxes to acclimatise him to the Championship.

"He was part of the squad and was involved in the pre-match meeting and the warm-ups," he explained.

"He saw how the dressing room worked on a match day. He has seen it before when we played against Northampton.

"But being in the squad for a league game is part of his education."

All three are out of contract in the summer and will speak with owner Marcus Evans in the coming days.

"I think Jason is seeing Marcus next week and we've made Grant an offer. That's ongoing and I'll speak to him [Thursday] afternoon," said Jewell.

"I spoke with Lee a while ago. Marcus has been away and he'll be back in the country next week.

"We owe it to the players, whether we're going to offer them contracts or not, to let them know as early as possible."