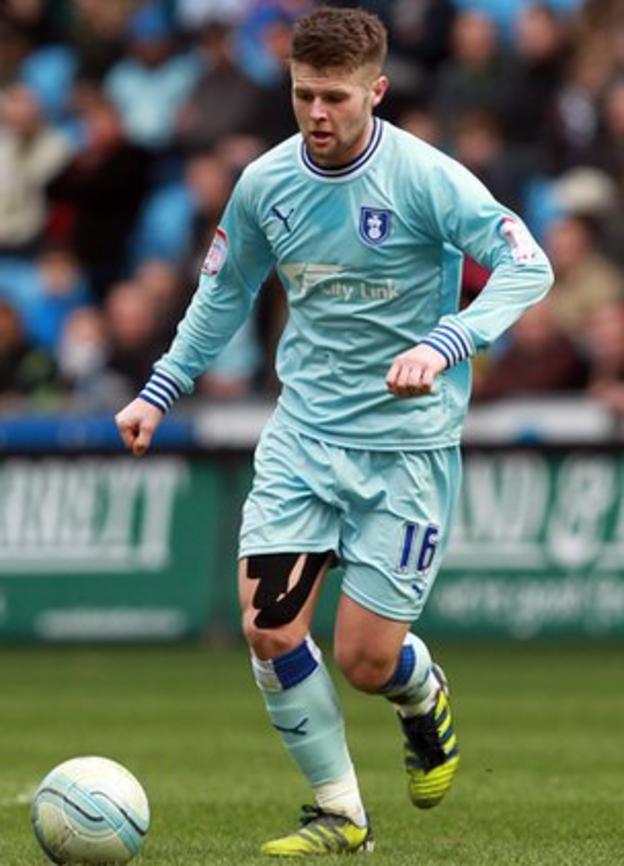 Coventry City's players can be forgiven for feeling nervous as they head for Burnley this Saturday battling to avoid the dreaded drop to League One.

But they do at least have one player who cannot wait to set foot on Turf Moor, Burnley-born Oliver Norwood.

But Norwood told BBC Coventry & Warwickshire: "I've been waiting for this one since I came here."

The 20-year-old admits: "It's my home town, I'm a Burnley fan and all my family are Burnley fans.

"I was a season ticket holder from the age of eight until I went full-time at Manchester United.

"I've never actually played at Turf Moor, but I used to live a stone's throw from the ground and it feels like I'm going home."

Thanks to his Clarets connections, Norwood even believes that the Sky Blues can go there and nick a result as they bid to make up the four-point that has opened between them and Championship safety.

"All my mates are season ticket holders," he revealed. "And they've said to me 'You've got a chance as we've not been great at home'.

"But really it would just be nice to go up there and get the three points."

Norwood has found the net twice in his 12 appearances since arriving at the Ricoh Arena on January deadline day - and the second of them helped earn Coventry's 2-0 home win over Portsmouth, one of only two victories in their last nine games.

Coming on top of his injury-time equaliser at Cardiff in their previous game, and then followed by another 2-0 win at Hull the following week, it appeared to suggest that, having not lost in six matches, the Sky Blues' late-season revival was truly gathering momentum.

But they did not have a happy Easter, picking up only a point at home to Peterborough, followed by defeat at Bristol City on Monday.

And Norwood knows the importance of Saturday's game - both from a personal and team point of view.

"It doesn't matter to me whether we're playing Burnley, Man United or Man City," he added. "You just want to go up there and get the three points.

"But, if we are to get out of the bottom three, we've got to believe we can win at Turf Moor."