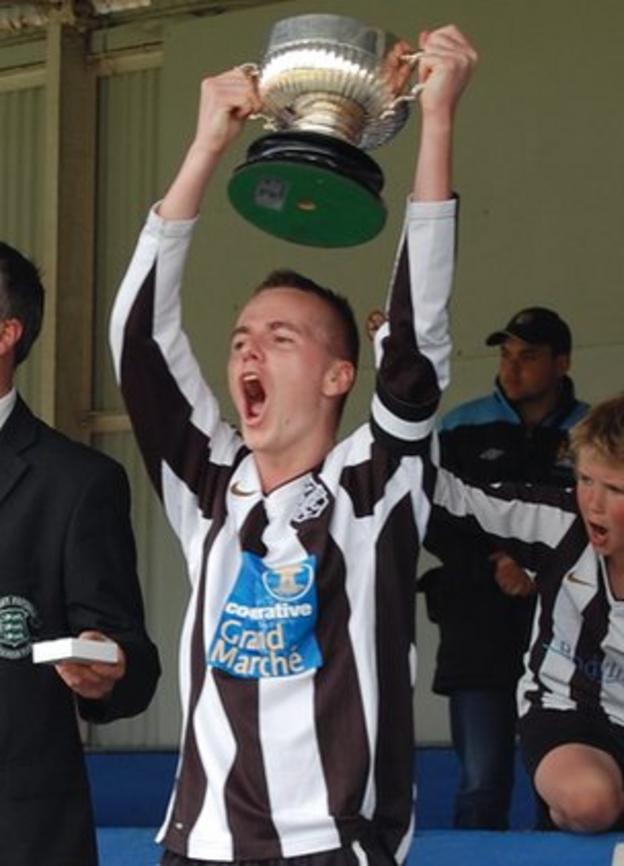 St Martin's have won the Guernsey FA Cup for the second time in their history after beating Sylvans 3-1 in the final at the Track.

"We knew we had to come out second-half and grab an early goal," Saints boss John Peace told BBC Guernsey.

"As soon as we did that we knew that we could kick on from there."

Pearce added: "All the lads knew that they weren't up to scratch [but] in the second half I can't fault them for what they did."

But Sylvans assistant first team coach lee Renouf was unhappy with the way the referee handled the match.

"It was basically refereeing decisions that have cost us.

"Penalty decisions, one was given and two hand balls for us, neither of which that were given, have cost us.

"I'm very disappointed for the lads, they're very down and we look forward to next season.

"We're very happy with the way we've progressed but it would have been nice to have ended the season with a little bit of silverware."