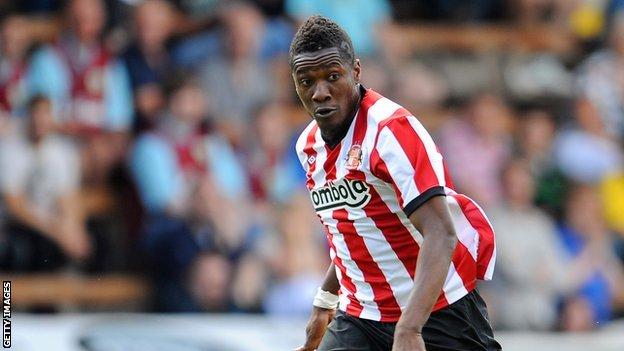 Sunderland manager Martin O'Neill has suggested record signing Asamoah Gyan will not return to the club.

The Ghana striker is currently playing in the United Arab Emirates for Al-Ain on a season-long loan deal.

Gyan, 26, has two years left on his contract but O'Neill appears resigned to losing the £13m signing.

I believe it was a year-long loan, for which they had to pay us some money of the transfer fee which we paid in the first place

He said: "You wouldn't really want somebody who is unwilling to come back to the football club. It seems to be the message that's coming across."

Gyan joined the Black Cats from French side Rennes in August 2010 before O'Neill's predecessor, Steve Bruce, agreed to loan him out last September.

While there was talk of a return to Wearside during the January transfer window, the lucrative agreement between Sunderland and Al-Ain did not allow for that.

"I believe it was a year-long loan, for which they had to pay us some money of the transfer fee which we paid in the first place, and that is still in existence," said O'Neill.

"There was some talk between all parties in January that didn't come to anything. I wasn't party to those conversations, although I was kept informed of them.

"I think it will be the end of the season before I can assess anything."

The permanent loss of Gyan, who has scored 11 goals in 37 appearances for Sunderland, would leave O'Neill's side once again searching for a prolific striker.