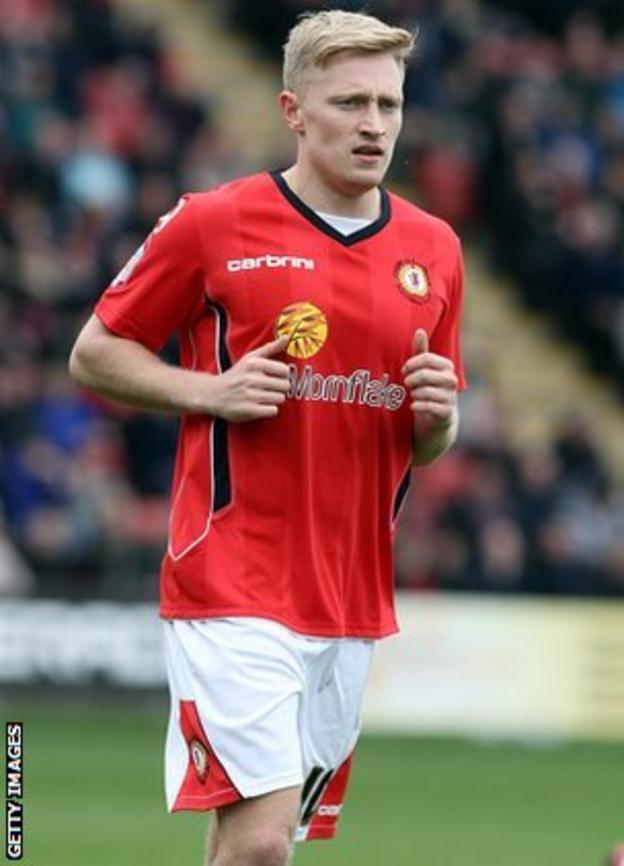 Crewe Alexandra striker AJ Leitch-Smith has signed a new contract tieing him to Gresty Road for another 12 months.

Crewe-born Leitch-Smith, 22, has scored 12 times in 51 games since signing for his home-town club five years ago.

But he hopes there are more to come after penning a new 12-month deal with a slightly-improved goal bonus and the option of a further year on top.

Leitch-Smith scored the Alex's crucial opener in the 3-0 Easter Monday win over Mark McGhee's Bristol Rovers, taking his tally to seven for the season.

He follows defenders Harry Davis and Adam Dugdale in pledging his future to promotion-chasing Crewe.

But the club will wait to see what division they are in next season before making final decisions over their other soon to be out-of-contract first-team regulars, Dave Artell, Byron Moore, Danny Shelley, Lee Bell and keeper Steve Phillips.