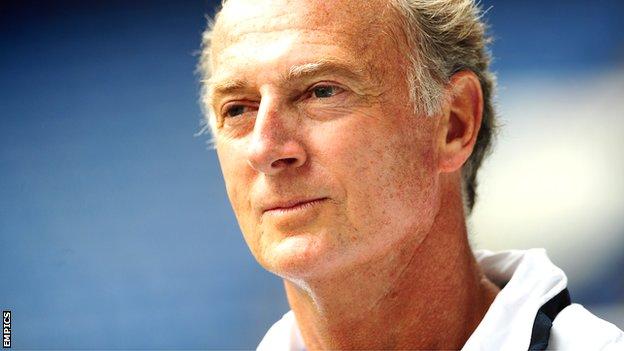 The 57-year-old was treated at Birmingham Heartlands Hospital after being taken ill last week and had surgery to have a stent fitted.

He left on the day that Fabrice Muamba left the London Chest Hospital and Gary Lineker tweeted: "Good news all round."

Francis was the first player in British football to be transferred for £1m and has also been a manager and TV pundit.

He became the youngest debutant in Birmingham's history in 1970 and scored 119 goals in 280 league appearances before moving to Nottingham Forest for the record-breaking seven-figure fee in 1979.

Francis, who won 52 England caps and scored 12 international goals, lifted two European Cups with Forest before joining Manchester City, and then had spells with Italian clubs Sampdoria and Atalanta.

After a season with Rangers in Scotland Francis joined Queens Park Rangers, where he soon became player-manager, and later performed a similar role at Sheffield Wednesday.

Francis formally retired as a player in 1994, shortly before his 40th birthday, having made 632 appearances, scoring 235 goals.

While in charge of the Blues he lost the 2001 League Cup final to Liverpool on penalties. He went on to spend two years in charge of Crystal Palace, before recommencing a successful media career.