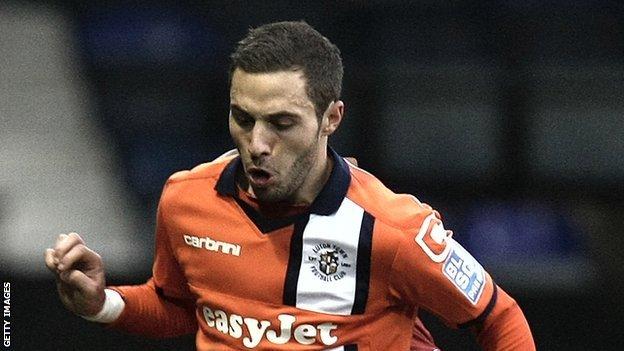 Luton dominated the first half with Curtis Osano going close with a low drive and Lee Vaughan clearing a Janos Kovacs attempt off the line.

Willmott put the hosts ahead when he drilled the ball past Tony Breeden from close range after collecting a clearance from the Harriers keeper.

Luke Jones had Harriers' best chance late on when he hit the post.

The win means if Luton, who are now a point ahead of Harriers with a game in hand, win at Gateshead on Tuesday they will secure the final play-off spot.

"It was a straightforward punt that we should've dealt with. I was disappointed with the goal, but there wasn't a lot in the game.

"We did better in the second half, and created chances. I always feel we will get chances but we ran out of time today.

"It's out of our control now [making the play-offs], but it's not over yet."