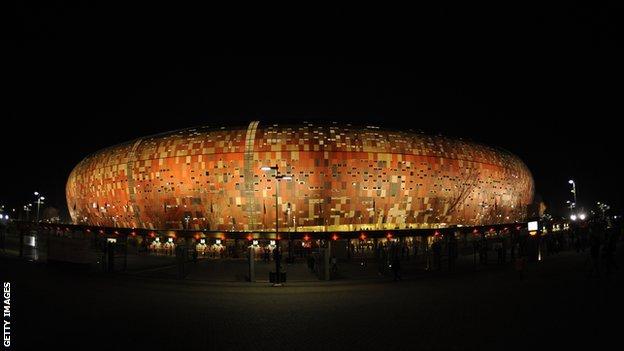 Financial worries could force another delay in the announcement of the five cities to host games at next year's Africa Cup of Nations in South Africa.

Bidders like Johannesburg and Cape Town have refused to sign an agreement with the Local Organising Committee until their worries are resolved.

Sports Minister Fikile Mbalula hinted at the delay to the 20 April deadline.

"By May all of the issues including the host cities and all of that will be finalised," he said.

By committing to host, the government of South Africa has shown that it is prepared to sign the guarantees relating to the hosting of the tournament and will eventually do so

The announcement of the host cities was originally scheduled for 4 April only to be postponed to 20 April last week during a visit to the country by a delegation from the Confederation of African Football.

Now further developments which involve securing financial assistance from central government to help host cities with meeting their costs could see the announcement being delayed for a third time.

The city authorities of Johannesburg and Cape Town both refused to sign the agreement arguing that the financial demands made by the LOC were beyond their means.

"As much as we would love to be a host city for the Nations Cup we aren't prepared to cover all the costs as required by Safa because it would just place another burden on our ratepayers," Grant Pascoe from Cape Town's mayoral committee told BBC Sport.

Mbalula denied the country's hosting plans were in a crisis just eight months before the tournament is due to start.

"It is not a crisis if a certain city looks at its budget and does not agree with what the LOC has put before them," he insisted.

"Details of the hosting agreement, including the budget, will be revealed once they have been through government channels.

"We are making progress, but the matter must go through the Cabinet system."

The cities want government to cover at least half the costs of around $3million they are expected to pay for hosting the tournament.

Mvuzo Mbebe, CEO of the LOC said the cities are waiting for the national government to offset the costs of hosting.

"They have raised concerns, but we are dealing with those issues with the City of Cape Town," he said. 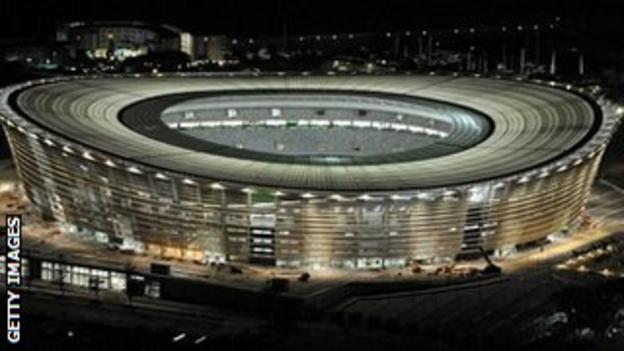 Pascoe confirmed that the Cape Town bid committee had held two meetings during the week with Safa and the LOC and that he was happy with the progress being made.

"It's a good thing that the Minister of Sport has now become involved so hopefully we will see the matter being resolved speedily," he said.

"It has also helped that cities like Johannesburg have taken the same stance as ours to show that the concerns we have are real.

"If we do eventually sign the agreement it will be significantly different to the one that was originally presented to us."

Mbalula said his department would forward the required information about the finances to government as soon as it was received from Caf and the South Africa Football Association.

He is confident that the problems will be speedily resolved.

"By committing to host, the government of South Africa has shown that it is prepared to sign the guarantees relating to the hosting of the tournament and will eventually do so," he said.