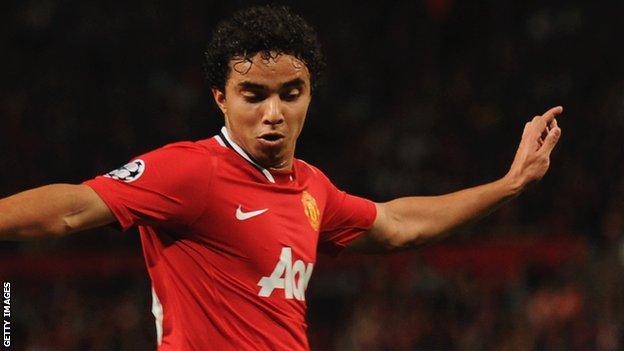 The 21-year-old Brazilian has made one Premier League appearance in 2012 despite starting last year's Champions League final defeat by Barcelona.

"He understands the value of playing regularly at a higher level than we can give him at the moment," the Scottish manager told United Review.

"I hope that Fabio will develop the same way as his twin [Rafael]."

Patrice Evra has blocked the Brazil international's route to the first-team, and he has also suffered a number of injuries.

Fabio has been a regular in the club's reserves in recent weeks, while the majority of the 14 appearances he made for the senior side before Christmas came in the Carling Cup and Champions League.