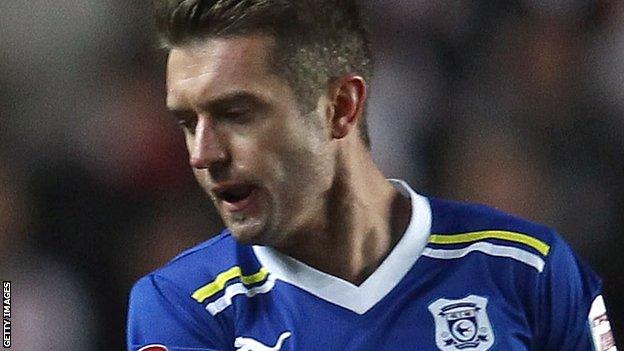 Cardiff are currently sixth and face Derby County at home on Tuesday before hosting Leeds United next Saturday.

And McPhail says Cardiff's results in those two home games will be crucial as they bid to cement their place in the play-offs.

The Bluebirds stretched their unbeaten run to seven games to maintain their play-off push with a hard fought 1-0 win at Barnsley.

And McPhail believes the victory at Oakwell will give the Bluebirds confidence going into their final three league games of the season.

"We've just got to keep going. [They're] massive games this stage of the season. Everyone seems to be playing for positions and points.

"We're no different. We've got to keep plugging away. The lads that have been here before know what it's all about.

"We've got three massive games [and] we've got to get points on the board and hopefully that will see us over the line.

"We've drawn too many games. We've dominated games and gave silly, sloppy goals away at the end," said the Republic of Ireland international.

"We want to put that to bed and try and get three points on Tuesday."

Cardiff's match winner at Oakwell, Liam Lawrence says his side still have plenty of work to do in order to secure a play-off place for the third successive season.

And the on-loan Portsmouth midfielder has urged supporters to be patient in the home matches against Derby and Leeds.

"Obviously we know now that some of the results have gone for us but Middlesbrough have won so we've still got work to do.

"[We] just hope that home form now can pick up and we can get two wins at home.

"We hope the fans are patient because that's the main thing now, being patient at home. Getting behind us is really important."