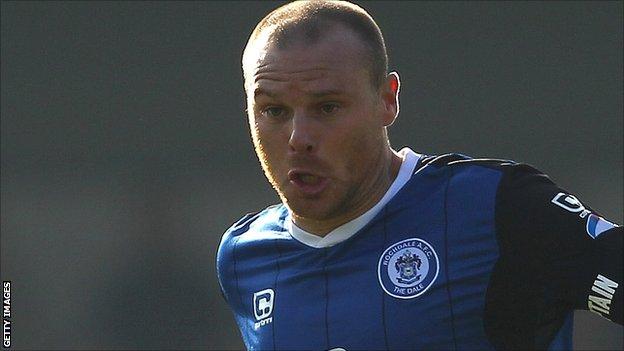 Rochdale manager John Coleman has said Gary Jones is still a big part of his plans, despite dropping his captain from the starting line-up on Saturday.

The 34-year-old did not feature in the squad that beat Exeter 3-2 at Spotland.

Coleman told BBC Radio Manchester: "We picked a team that we thought could win and changed our formation slightly.

The victory over Exeter preserved Rochdale's League One status for the time being, although they need to win their remaining three matches to stand any chance of avoiding the drop.

Coleman's side trailed 2-0 but scored three times in the final 20 minutes to secure three points.

"The lads probably played with a lot of freedom in the last 20 minutes because it was now or never," said the former Accrington boss.

"We can take that into next week's game [at Chesterfield], which becomes another massive game against another team that's down there."