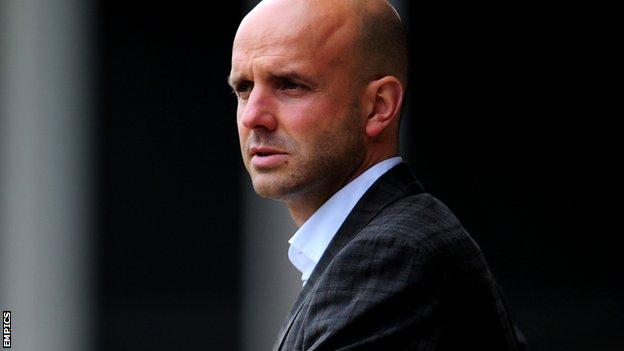 Exeter City boss Paul Tisdale says he will focus on trying to win the Grecians' remaining games after their shock 3-2 loss at Rochdale.

City threw away a 2-0 lead in the final 10 minutes and now look almost certain to lose their League One status.

"I can't change the result, I can only try to win the next game, that's all I can try to do," he told BBC Devon.

"I am surprised being as we were so in control and we could have scored more than two.

"But I'm not surprised in terms of the weaknesses in our side and that's symptomatic of the season for us.

"I'm very disappointed because the performance for 80 minutes was brilliant, but it's about the scoreline and we lost 3-2," he added.