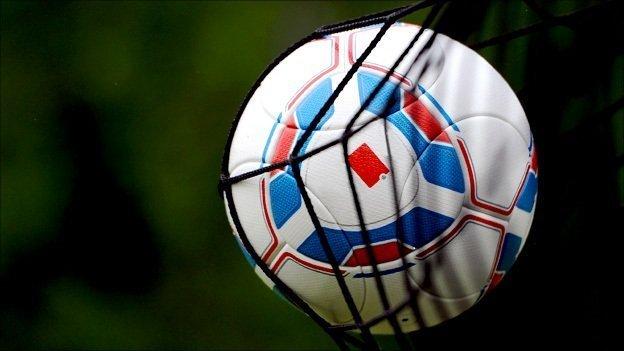 Canvey Island caused an upset by beating Colchester United 1-0 in the final of the Essex Senior Cup, supported by BBC Essex.

The game appeared to be heading for extra-time after a series of saves from Colchester goalkeeper Mark Cousins kept the match scoreless.

But King headed home a free-kick with six minutes left to decide the contest.

It spells the fourth time the Ryman Premier Division side have won the competition but is their first victory since 2002.

Canvey Island won the trophy without conceding a goal, knocking out FC Clacton, Romford, Witham Town and Dagenham & Redbridge on the way to the final.