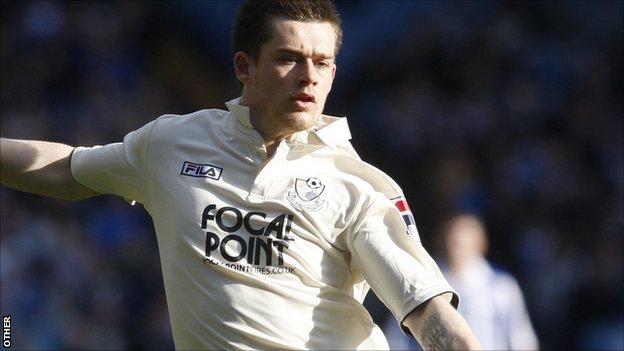 Bournemouth winger Donal McDermott is facing disciplinary action after missing the club coach for the trip to Bury on Saturday.

McDermott, 22, signed for the Cherries in January from Huddersfield and has made 11 appearances since his arrival.

In March he was arrested for drink-driving and later fined by the club.

"There is a responsibility for the football club, myself and Donal and it is something we will address," manager Paul Groves told BBC Radio Solent.

Groves added: "I think we will have to speak with the player, deal with the issue, and the consequences of those actions will dictate what the punishment will be."