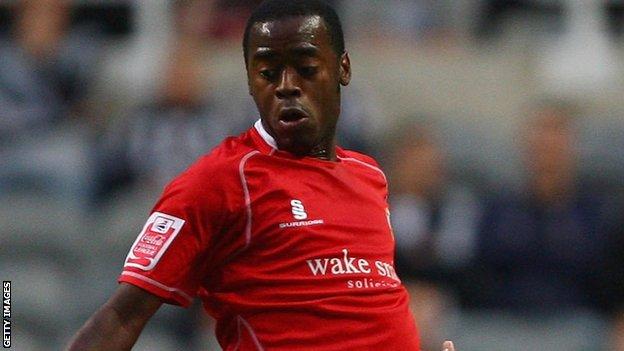 Rohan Ricketts has left Exeter City less than a month after joining the club on a free transfer.

Ricketts has tweeted that he is going to Canada to set up a football academy in Toronto.

"So excited to have so much interest in the RRAcademy from various clubs in Canada," Rickets said on Twitter.

The former Arsenal and Tottenham winger played just 22 minutes of football for City, coming on as a substitute in their 2-0 loss at Tranmere Rovers.

"With players returning to full fitness his chances were likely to be limited," said a statement on the club website.

"The club and Rohan have parted ways to allow him to take up opportunities elsewhere," it added.

Ricketts had signed a deal until the end of the season after returning to English football after spells in Ireland, Hungary and Moldova.

"Rohan has been a breath of fresh air around the club and he has been a real pleasure to work with.

"His departure has been very amicable and the club wish him all the best in the future," the statement added.