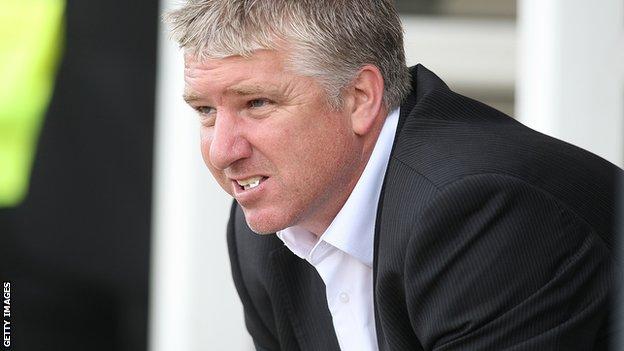 Torquay United manager Martin Ling still feels his side can win automatic promotion out of League Two despite their 0-0 draw with Southend.

The result means Crawley Town will go above the Gulls and into the final promotion spot if they beat Northampton Town on Tuesday.

"I've still got the belief that we can make the top three," Ling said.

"We wanted to win the game and never got what we wanted, but I don't think we deserved it," he told BBC Devon.

But Ling was quick to remind people that the Gulls are over-achieving in comparison to their promotion rivals.

"When you look at the top seven you see little old Torquay in there fighting away.

The result was Torquay's first goalless draw in 20 games as they struggled to break down a resilient Southend side.

"It was a hard-earned point, we worked our socks off defensively, but offensively we never got going.

"That final pass or final cross wasn't there for us to get all three points.