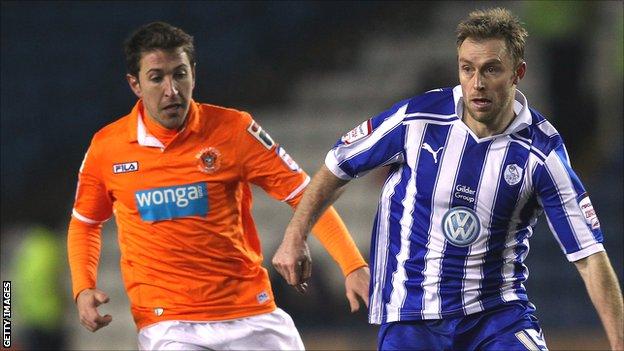 Ian Holloway has praised Angel Martinez for establishing himself as a first-team regular at Blackpool.

The Spanish midfielder, 26, joined from Espanyol at the start of the season.

"Ludovic [Sylvestre] is really unlucky but I'd be crazy to leave out Angel. He's almost the first name on the teamsheet at the moment."

Martinez had made only six appearances for Blackpool by the turn of the year, but has featured regularly during the second half of the campaign.

Blackpool moved a point closer to the Championship play-offs with a 0-0 draw at Nottingham Forest on Saturday, a result that extended their unbeaten run to four matches.

A win for Middlesbrough at Derby means the gap to seventh place has been cut to two points, and Holloway is relishing the challenge of trying to secure a top-six spot in their remaining three matches.

"We needed to win three of the last four to definitely do it. We want two good performances in our two home games."