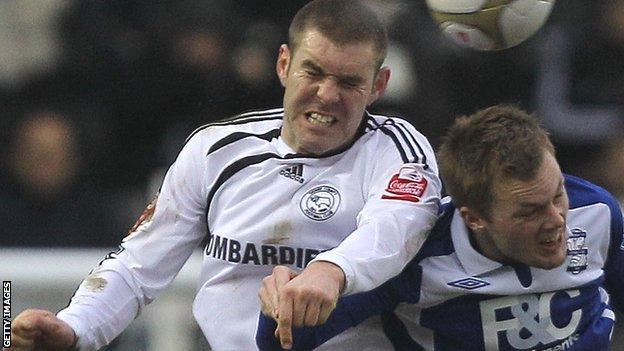 Buxton, 27, has signed a new two-year deal, while 34-year-old Roberts has penned a one-year contract.

Rams manager Nigel Clough said: "It is great news for Derby that both Jake and Gareth will be with us beyond the end of this season.

"We said all along we wanted to keep the pair of them and we are delighted they see their futures with Derby."

Central defender Buxton joined the Rams from Burton in the summer of 2009 and made 24 appearances in the 2009-10 season.

Injury restricted the former Mansfield player to one outing last term but the defender has made 20 appearances this campaign.

Left-back Roberts joined Derby from Doncaster in 2010 and after a stop-start first season with the Rams, has almost been an ever-present this campaign.