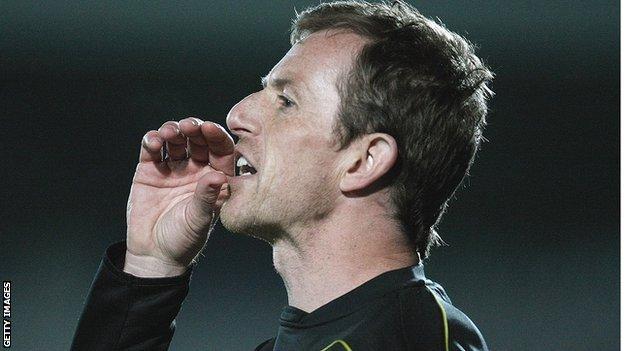 Burton caretaker manager Gary Rowett says he was surprised by his side's lack of hunger at the weekend.

The Brewers were thrashed 7-1 by Bristol Rovers on Saturday

Rowett told BBC Radio Derby: "The remit really was to make sure we got enough points to stay in the division and we have done that.

"What I was hoping was that we kicked-on again and showed a little extra desire and hunger, but I was disappointed that it was lacking."

Rowett took over from Paul Peschisolido in mid-March and lost his first two games in charge.

A run of four games unbeaten then followed as the Brewers secured their place in League Two, before Saturday's heaviest defeat of the season.

"I didn't take over a side who had won five on the spin, so we knew there were certain issues," added Rowett.

"I have said all along is that all I will try and do is get results.

"There's a problem at times when we concede two of three goals, but they have been brilliant for me for the previous four games.

"They worked their socks off in those games but everyone has now let themselves down."