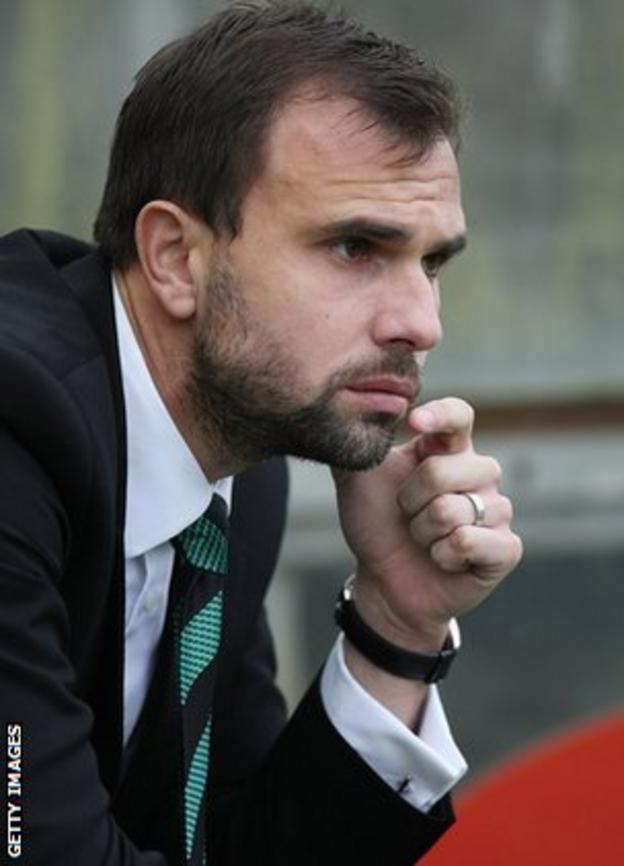 Plymouth Argyle manager Carl Fletcher says he is proud of the way his side played in their 1-0 loss at League Two leaders Swindon Town.

Argyle conceded a late winner at the County Ground as they lost their first match in seven games.

Fletcher explained to BBC Radio Devon: "I'm proud of the way the lads played and defended.

"Everyone did their jobs but we were disappointed with a goal coming late and we felt we didn't deserve to lose."

And the Plymouth boss was full of praise for Argyle's back-four who have not conceded more than one goal in a game since the beginning of February.

"Everybody works hard on what they need to do defensively and if you get clean sheets you're likely to win more games than you lose.

"The lads are disappointed because they set themselves such high standards and they meet those standards, so when they're not met everyone gets down about it.

"But survival is in our hands, that's the pleasing thing.

"If we win next week everything takes care of itself, so it's a great incentive this week to go into next week's game at home with the opportunity to be mathematically safe."