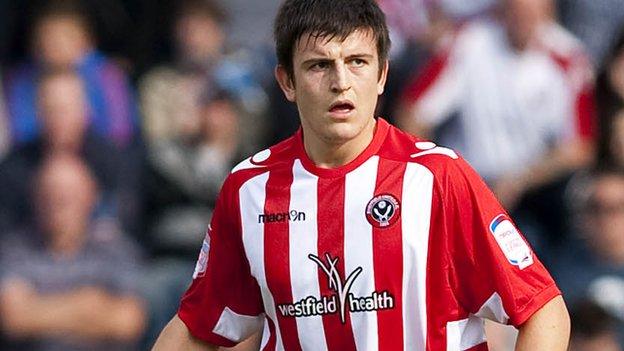 Maguire, 19, has made 50 appearances this campaign after breaking into the Blades team at the end of last season.

"What's pleased me is the way he's never flustered by anything. If he loses a header or a race he just gets on with it."

He continued: "He plays like a true pro, a senior pro even and at that age that's hugely commendable."

United beat Leyton Orient on Saturday to go four points clear of third-placed local rivals Sheffield Wednesday in the race for automatic promotion from League One.

Despite their advantage, Wilson is not taking anything for granted.

He added: "We've put ourselves in a strong position but we've got a very difficult game at MK Dons next week.

"We're not changing the way we approach anything just because we've got three games left."