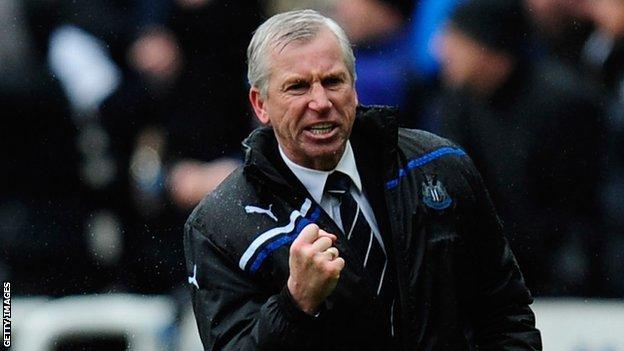 Newcastle United are all but assured of a place in Europe next season after Liverpool beat Everton in the FA Cup semi-final.

The FA confirmed that the result means the team finishing sixth in the Premier League will earn a Europa League place.

Newcastle are in fifth place, 12 points ahead of Everton in seventh, with five games to play.

It would be Newcastle's first European campaign since 2006, when they competed in the Uefa Cup.

Newcastle are level on points with Tottenham and still harbour hopes of reaching the Champions League. Chelsea are sixth, two points behind Alan Pardew's team.

Liverpool, winners of the Carling Cup, will meet Chelsea in the FA Cup final next month.

Chelsea must either win the Cup or gain six more points to be certain of Champions League qualification.