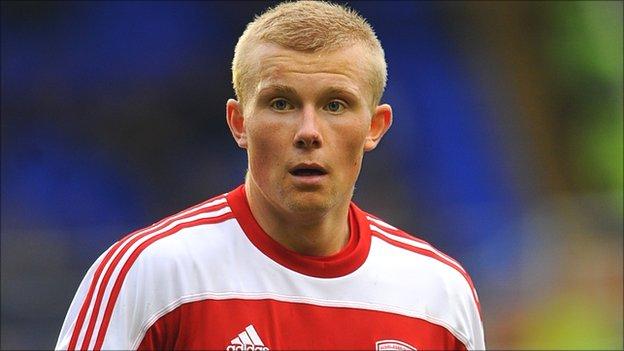 Middlesbrough boss Tony Mowbray has said striker Curtis Main will continue to be nurtured despite Saturday's match-winning cameo at Derby.

The 19-year-old netted his second goal in 10 appearances to earn Boro all three points and keep the club two points off the Championship play-offs.

"You don't keep bashing them if they're young, to come out of the firing line for a few weeks does them no harm."

He added: "I've never lost faith in the boy, young players and particularly strikers you can't expect to score winning goals every game, but he has the ability in his boots to do so."

Main was brought to the Riverside during the summer of 2011 following his exit from Darlington - where he was the club's youngest ever debutant at the age of 15.

However competition within the squad is tough with Lukas Jutkiewicz, Marvin Emnes, Scott McDonald and Bart Ogbeche all tussling for forward places.

"Curtis is extremely clinical, and yet he can't do some of the things that Jutkiewicz can do," Mowbray added.

"It's about picking the right time, the right match, you'll go a long way to see anyone as clinical as Curtis Main with either foot.

"When he strikes a football he very rarely cuffs it or miss-hits it, it's usually like an arrow into the bottom corner.

"When he went through I was pretty positive he wasn't going to miss the target, so he's got a big future we hope.

"He's got to keep his feet on the ground, he's got to work hard and hopefully his time will come."