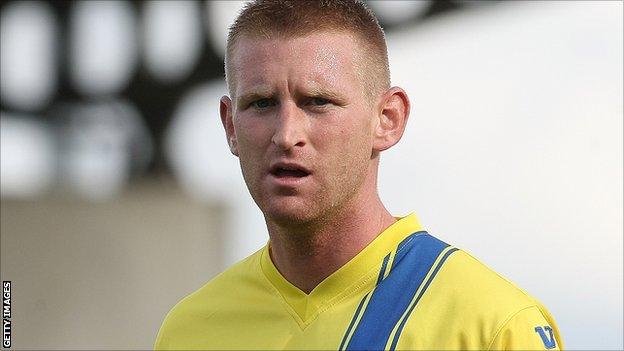 Preston manager Graham Westley has said Chris Robertson's winning goal against Huddersfield on Saturday was reward for his efforts since moving from Torquay.

It was the defender's first goal since his move to Deepdale in January.

"It's been tough for lads like 'Robbo' and Andy Procter," Westley told BBC Radio Lancashire. "They've come from Torquay and Accrington.

The former Stevenage boss continued: "They've had big jumps to make and they've both struggled to get there.

"Neither of them have looked like the players that I know they can be, but after Robbo scored, he went up a notch in his defending and looked a different player.

"Hopefully it will be an important turning point for him in his Preston career."

The result means that Preston need one more point from their remaining three matches to guarantee they will be playing League One football again next season.

"The lads went about the job in a professional way," said Westley. "There was a belief in the game plan that we had, and we adapted that plan during the game because their shape was different from the one that we probably anticipated.

"As the game wore on, you saw us take advantage of our strengths and expose their weaknesses."