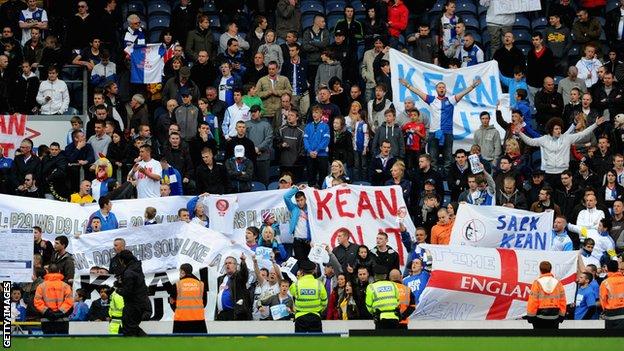 Blackburn Rovers fans plan to hold another protest march ahead of Saturday's home match against Norwich.

The club have have lost their last five league matches and are three points from safety with four games left.

"This is no longer just about losing matches, this is about the very future of the club and the very fabric of Blackburn," said the BRFC Action Group.

Indian-based poultry firm Venky's took over the club in November 2010 and sacked boss Sam Allardyce a month later before appointing Kean, who has won 16 of his 62 matches in charge.

"Our football club is a 137-year-old institution which has seen its traditions and values destroyed in less than 18 months," they added.

"It takes only a few hands to bulldoze our club, but it will take many hands to rebuild it and the whole community needs to come together to breathe life back into Blackburn Rovers."