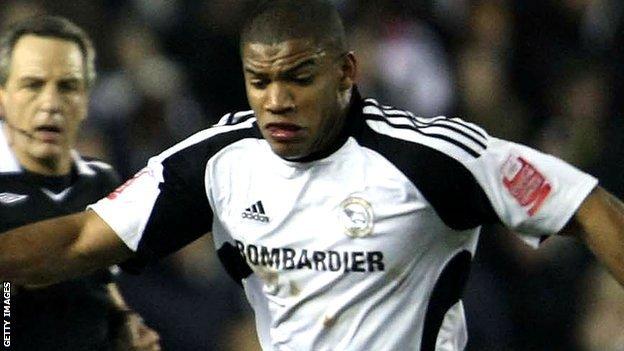 Derby boss Nigel Clough says defender Miles Addison and midfielder Lee Croft will be allowed to leave in the summer.

The pair are on loan at Bournemouth and St Johnstone respectively.

Clough told BBC Radio Derby: "A few people moved ahead of Lee in that outside right role and we have gone with a more solid midfield.

"We don't feel [Miles] has played well enough and also position is a problem. Is he a midfielder? Is he a centre-half? He's caught in between."

Addison is a product of the Derby youth academy and only signed a new two-year contract last summer.

Last week Addison, 23, said he would consider a permanent move to Bournemouth, where he has played 11 times since his arrival - and Clough says he can join the Cherries in the summer if he wants.

"I think he's done well and I think they want him permanently, and it is something we might look to do in the summer," said Clough.

Croft, who began his career as a trainee at Manchester City, joined the Rams from Norwich in July 2009 but has been limited to 18 league starts for the Rams.

"There is talk of a permanent deal for Lee up there [at St Johnstone]," Clough added.

"But I think he wants to see what his options are in the next month or two and see what's out there for him."