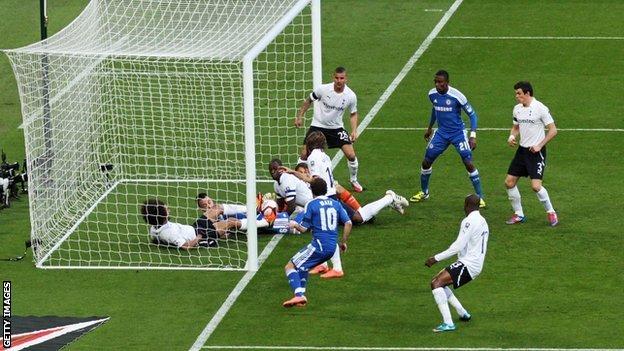 Martin Atkinson will not referee an English game this weekend because of his involvement with an Olympic qualifier on Monday.

The 41-year-old will be the fourth official at Newcastle's Premier League clash with Stoke on Saturday.

Atkinson was the referee who awarded Chelsea a controversial goal that did not appear to cross the line in the 5-1 FA Cup win over Tottenham.

He will officiate at Senegal's game with Oman in Coventry.

Fifa rules mean that he cannot referee a game on the eve of a travel day for an international fixture, which still stands even though the match is at the Ricoh Arena, a decision that was made before Sunday's drama.

Atkinson has been involved in high-profile incidents this season on several occasions already.

He did not punish a high challenge by Manchester City striker Mario Balotelli on Arsenal midfielder Alex Song last weekend.

He also sent off Everton midfielder Jack Rodwell in October's derby with Liverpool, with the red card overturned on appeal, and he failed to notice that QPR defender Clint Hill had a header which appeared to cross the line against Bolton in March.