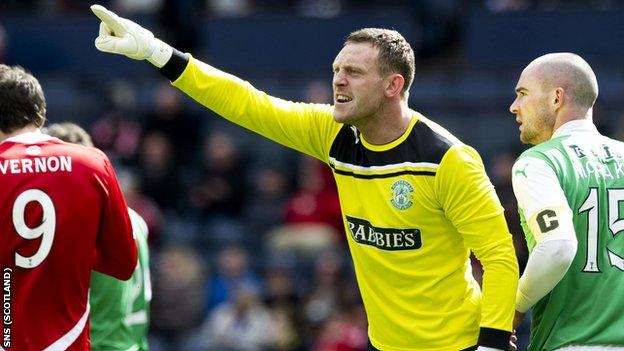 The 30-year-old Englishman had to be withdrawn 73 minutes into Saturday's semi-final victory over Aberdeen.

And a scan has revealed the thigh muscle has detached from the bone on his right leg.

The former Arsenal and Reading keeper has been told he needs 10-12 weeks of recuperation.

Stack will also miss Hibernian's final five league matches, with the Easter Road side aiming to stay clear of bottom side Dunfermline.

Mark Brown, who replaced Stack at Hampden on Saturday, will take over the number one jersey for the rest of the season with teenager Paul Grant as understudy.

Stack, who joined Hibs in July 2009, will be out of contract at the end of this campaign.