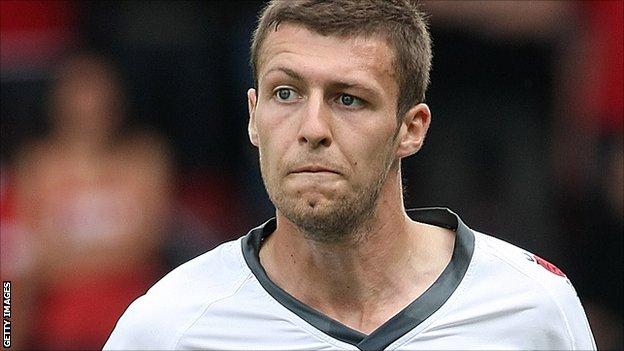 Striker Craig Lindfield insists he is happy to continue playing at right-back for Accrington Stanley.

The 23-year-old told BBC Radio Lancashire: "I'm just happy to be on the pitch. Wherever the manager wants me to play, I'll do my best.

"I've done alright in the last couple of games, but the team has done really well as well so that's helped me along.

"I enjoy playing there because the manager (Paul Cook) likes his full-backs to get forward."

The former Liverpool trainee added: "It's not as if I'm just sitting at the back and watching the game.

"It's an enjoyable position to play because you get a lot of the ball."

Lindfield, who came through the youth ranks at Liverpool, has scored five times in 39 appearances for Accrington this season.

Stanley were beaten 4-1 at Cheltenham on Saturday, with Cook choosing to give opportunities to some of his younger players.

Defender Liam Willis and striker Kurtis Guthrie were both included in the starting line-up at Whaddon Road.

"There are people trying to learn out there but it's a league game and it's a tough league to play in," said Lindfield.

"I thought Liam did really well in his first league game because (Cheltenham striker) Ben Burgess is a handful."