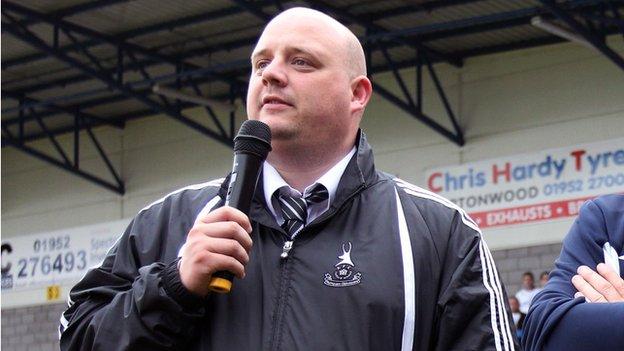 AFC Telford will allow all fans to watch their crunch game with Tamworth for free as the Bucks try to secure Blue Square Bet Premier survival.

They will avoid relegation if they take all three points at New Bucks Head on Tuesday night.

"We made the decision to generate some good will and to thank everybody for sticking with us," chairman Lee Carter told BBC Radio Shropshire.

League rules state that those fans who attended the original fixture between the teams 10 days ago, which was abandoned after 43 minutes because of a waterlogged pitch, must be admitted free for the re-match.

But Carter took the decision to extend that offer to every fan for the decisive fixture.

AFC Telford was formed by supporters in 2004 after Telford United went out of business, and Carter believes it is the biggest game in the new club's history.

"It is probably our most important game in our eight years. We've had some important games but I think tonight's is as important as all of those put together," he said.

"It's going to be a very tough game. Tamworth are an extremely good side, but if we get a decent crowd in to support us and get behind the players I think we have got an excellent chance."