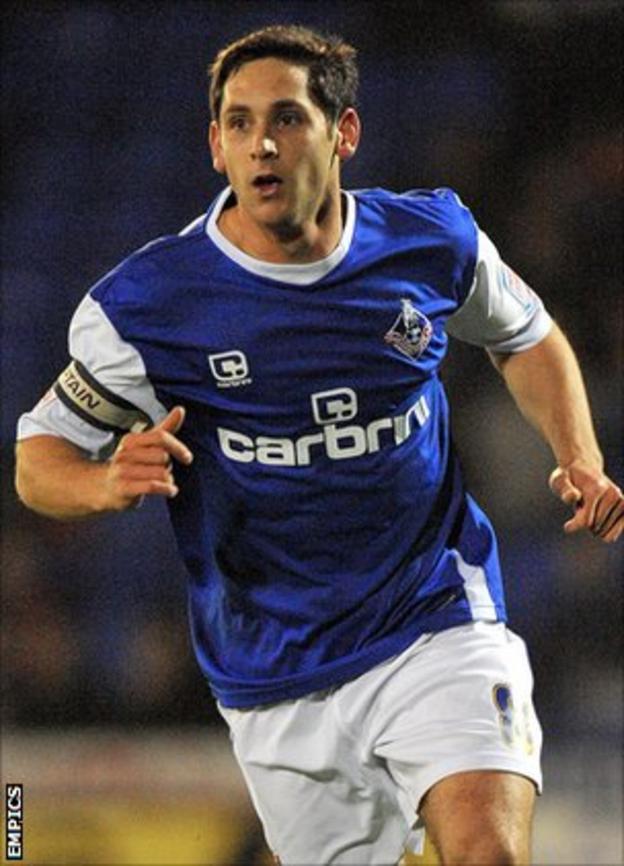 The League One club have taken up an option of Furman's current contract, meaning the 23-year-old midfielder will remain at Boundary Park next season.

Former Rangers man Furman told the club website: "When I signed a three-year contract in 2009, there was an option to extend for another year.

"I am delighted to have accepted. I have enjoyed my football here and the last three years have flown by."

Furman made his 100th league appearance for the Latics in Saturday's 2-2 draw at Wycombe.

Meanwhile, Filipe Morais believes Oldham are capable of winning their last three games of the season, even though their League One status is still not secure.

"We've got the quality here to do it," the winger told BBC Radio Manchester.

"We've had a bad run but we've gone to Wycombe and got a point, so we've got to take confidence from that and try to win our remaining games."

The Latics are six points clear of the drop-zone after ending a run of five defeats with a draw at Adams Park.

The first of those three outstanding fixtures is at home to Preston on Saturday, and an Oldham victory is almost certain to guarantee survival.

"Preston are a big club and they've got a new manager in, so it's going to be a tough game," said the 26-year-old.

"Everyone needs points so we just try and win every game. If we do that, we'll be alright."

Paul Dickov's side had gone 502 minutes of first-team football before Morais scored the opener on Saturday.