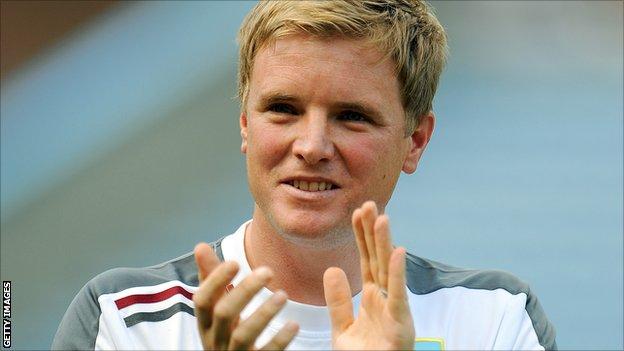 Burnley manager Eddie Howe is not sure how much money will be available for him to strengthen in the summer.

"Everything will be decided by finances," he told BBC Radio Lancashire after Tuesday's 0-0 draw at Leicester.

"It's dependant on a lot of factors and, in fairness to the board, I don't think that they know at the moment.

"It's a case of playing it by ear, which isn't a great situation to be in, but we're confident that we can bring in the right players to improve."

Howe continued: "We know the areas that we want to strengthen. We believe we need to add numbers to the squad because we are too light on the ground."

Burnley, approaching the end of their second season back in the Championship after relegation in 2010, have been severely affected by key injuries in recent weeks.

However, the Clarets are unbeaten in four matches and could still finish inside the top 10 after drawing at the King Power Stadium.

"I thought we were very unlucky because we had some good chances through some very good play," said Howe.

"Charlie Austin was very unlucky with a couple of great headers and we definitely had the best chances in the game."