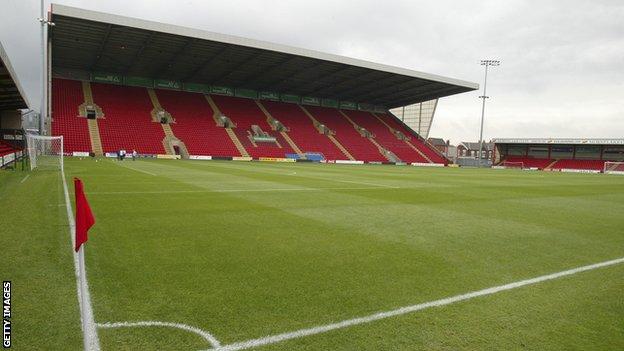 Liverpool have signed highly-rated Crewe Alexandra youngster Dan Smith for a fee in the region of £300,000.

Midfielder Smith, 16, had been poised to move to Manchester City, only for the move to fall through last month.

The fee for Smith, who is yet to appear for the Alex, will rise depending on first-team appearances for the Reds.

He will follow right-back Rob Jones and midfielder Danny Murphy, who both enjoyed success at Anfield after making the short move from Cheshire.

Smith, who was recruited to the Crewe Academy at the age of 11, attracted a number of Premier League scouts as he progressed through the ranks.

The move will also offer financial relief for the Alex, whose academy runs at a cost of £500,000 per year.

He stated his belief that the club can continue to produce young players to move forward on and off the pitch.

"The only time when you get anxious is if you know you haven't got the young players coming through, but we have," Bowler told BBC Radio Stoke.