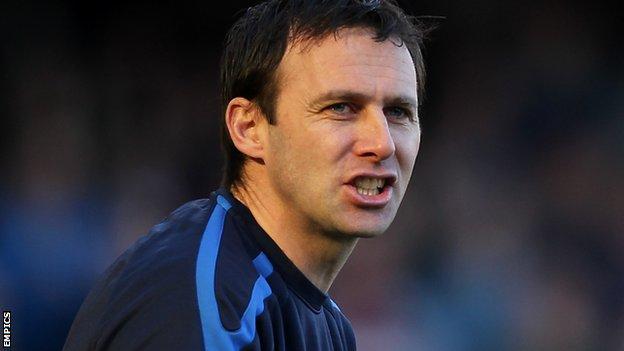 Crystal Palace boss Dougie Freedman believes his side have a good future if they can keep hold of their star players this summer.

The Eagles, who lost 2-1 to strugglers Portsmouth on Tuesday, are set for a mid-table finish in the Championship.

Freedman told BBC London 94.9: "I'm pleased with what I'm seeing. Looking forward, there are some young and exciting players.

"With the players we've got on the pitch, we've got a bright future."

The Selhurst Park outfit are currently on a run of seven games without a win, but Freedman is encouraged by recent showings from his side.

"I've never worried too much about results - I've worried about performances," he added.

"I've felt that over the season our performances have merited a little bit better than where we are in the division.

"If we add one or two people in the summer and get stronger again as a club and as a team, I'll be happy with that.

"There are too many dreamers out there, and we've got to be realistic in terms of where we are and what we're trying to do.