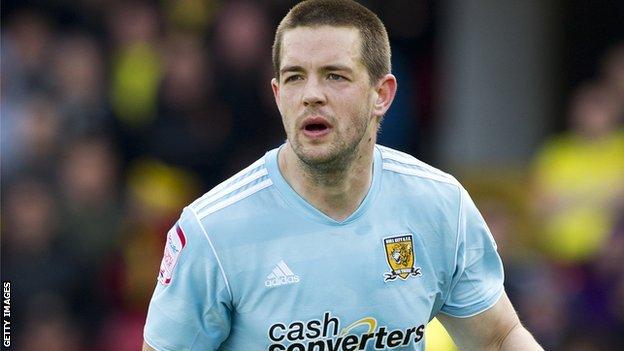 The 26-year-old striker scored a hat-trick against Barnsley on Tuesday to take his tally for the season to 15 goals from 46 appearances.

"It's down to Matty if he wants to go but we want him at the club," he told BBC Radio Humberside.

"He's not given me any indication he wants to go, it's imperative that we keep our best players."

Fryatt recently had to publically deny suggestions he was looking to leave the Tigers after it came to light that he was moving away from the area to be closer to his family.

Barmby praised the striker after his treble against the Tykes, adding: "He can be as good as he wants to be.

"I'm going to push him because he's got good ability and he works hard and individually, one-on-one, he's as good as anyone in this division.

"He stretches a defence by making runs in behind defenders and that lets us get our midfielders on the ball and in space."