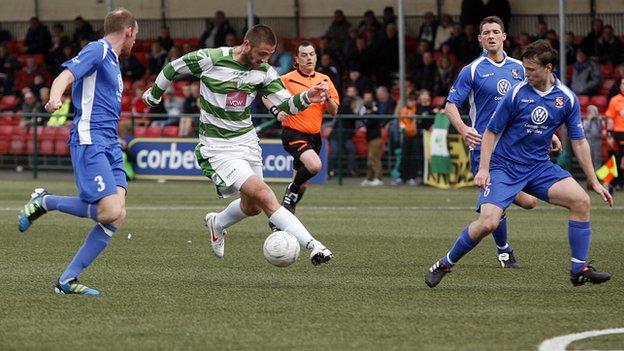 Greg Draper's hat-trick helped The New Saints romp to the Welsh Premier title in their winner-takes-all clash against Bangor City at Park Hall.

Boss Craig Harrison had urged his team to have no regrets as they sought revenge for missing out to Bangor on the last day of the 2010-11 season.

And TNS did just that as Draper led the way. Christian Seargeant and Ryan Fraughan also scored.