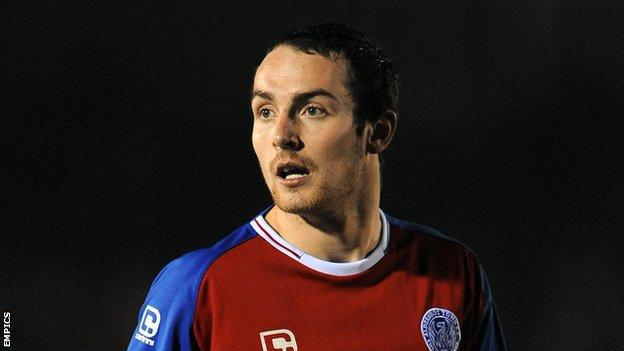 Aldershot striker Danny Hylton is looking to improve his goal haul next season despite his best-ever return in a single campaign.

The 23-year-old has scored 16 goals in 49 appearances in all competitions for the Shots this season.

He told BBC Surrey: "When I look back at some of the games and chances I'm disappointed I don't have more.

"I want to keep improving and the gaffer [Dean Holdsworth] will not want me to rest on my laurels."

He added: "I set myself a target at the beginning of the season. I'm there and couldn't be more happy.

"But I'll have to repeat it again next season."

Meanwhile, after scoring in the 2-1 win over League Two leaders Swindon on Tuesday, Hylton believes Aldershot are capable of a push for the play-offs next season.

"It's got to be one of the best performances this season," he continued.

"We knew we'd have to play some of our best football and individually, every player was outstanding.

"We're definitely a top-10 team in this division. We know what we can achieve and you never know where it can take us."