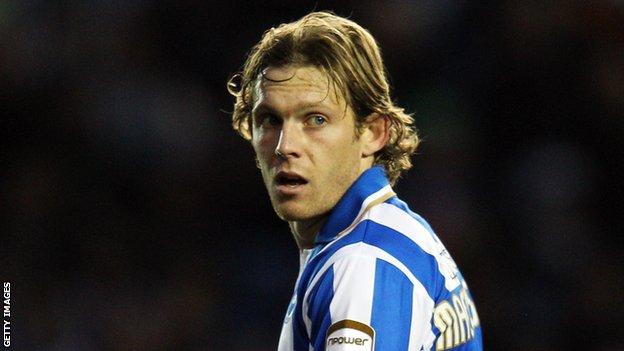 Brighton striker Craig Mackail-Smith admits he has been disappointed by his goal haul this season.

The 28-year-old has scored 10 goals in 48 appearances since joining the Seagulls from Peterborough last summer.

He told BBC Sussex: "I'd hoped to have had quite a few more goals by now. Every chance I get I feel I should be putting in the back of the net.

"It's something I have to learn from and look at other ways of being involved and helping the team."

The Scotland international also admitted he is still adapting to Albion's passing game, adding: "It's a completely different way of playing football for me.

"Before it was all-out attack [at Peterborough] and it's a bit more of a calculated build-up here.

"We have our formation and a style of play that is the gaffer's [Gus Poyet's] choice. We try to wear teams down so I've had to learn to be patient and take the opportunities to come my way."

He continued: "It's trying to work out what I've been doing wrong and what I can do to fix it.

"Over the summer it's a case of me sitting down, watching over videos and finding better ways I can make myself useful and get more chances.

"I want to keep improving and help the team push on."