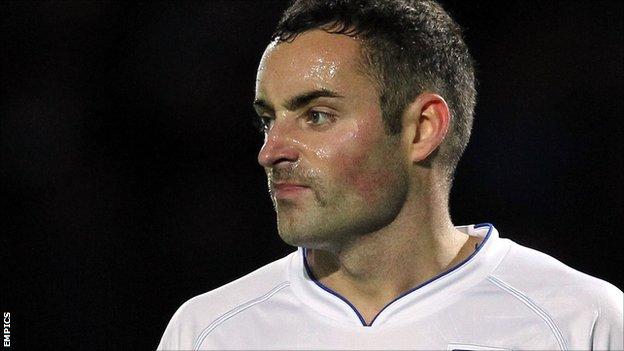 Danny Holmes believes Tranmere Rovers need to sign a quality striker to improve their chances of winning promotion from League One next season.

Ronnie Moore's side are 11th in the table but only guaranteed survival with a 1-0 win at Walsall last Saturday.

Full-back Holmes told BBC Radio Merseyside: "The top teams have got that goalscorer and if we'd have had that, things may have been different.

The 23-year-old continued: "Those results when we were on a bad run could have been changed into a draw or even a narrow win.

"Those players cost money and, with the budget that Tranmere have got, we might have to have a smaller squad to get that bit of quality in that we need."

Three players - Lucas Akins, Joss Labadie and Adam McGurk - are jointly Tranmere's top-scorers this season, all with a tally of five in all competitions.

And four goals in seven appearances from Wolves loanee Jake Cassidy have helped lift the club into the top half of League One in recent weeks.

Rovers, who have lost only two of their 10 matches since Moore took charge in March, take on Hartlepool at Prenton Park on Saturday.

"It's at home and we want to give a good performance for the fans," added Holmes. "Not only that, but we want to earn our contracts so we need to perform and get the win."