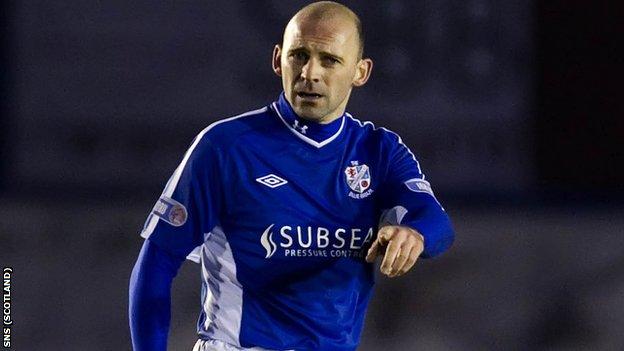 Cowdenbeath kicked off a Central Park promotion party after sealing their step up to the First Division thanks to victory over struggling Forfar.

Colin Cameron's side left it late to make sure of the title with Marc McKenzie scoring twice in the final 18 minutes.

Relegation-threatened Forfar had showed the greater urgency before the interval with Chris Templeman firing wide from distance and Michael Bolocheweckyj also missing the target.

Bradley Coyne headed over as Forfar threatened to silence the home fans but a clincher soon arrived to settle any home nerves.

Stewart was once again involved, teeing up goal hero McKenzie to find the back of the net.