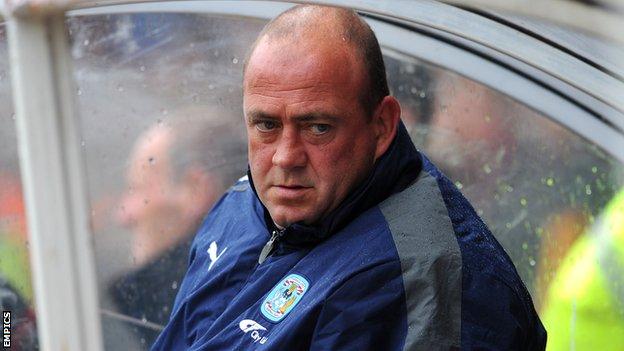 Coventry boss Andy Thorn has urged the club's owners not to rush future financial decisions whatever the outcome of their relegation battle.

A number of experienced players left the club in the past year and the Sky Blues could go down this weekend.

"What happened last summer can't happen again. We can't have a firesale.

"I understand when things have to be done because of finances, but addressing that has come at a cost," he told BBC Coventry and Warwickshire.

"That cost has been on the pitch."

It appears that Thorn shares the anger of Coventry supporters, who have protested against perceived cost-cutting by owners Sisu throughout the season.

Those players were replaced by Joe Murphy and Chris Dunn, both goalkeepers, while Cody McDonald came in from Norwich.

Coventry will be relegated to League One on Saturday whatever result they achieve if Bristol City beat Barnsley.

"I knew the players would have to give everything, and they've been up against it," Thorn added.

"Had we been pro-active back then, we wouldn't be in the position we are in now."