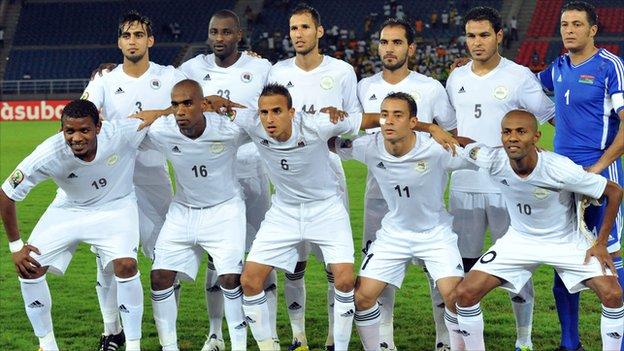 Libya's 2014 World Cup qualifier against Cameroon in June will be played at a neutral venue in the Tunisian city of Sfax.

Fifa says the Group I game on 10 June will also played behind closed doors.

It will be Libya's second match in World Cup qualifying, they begin their campaign a week earlier away to Togo.

Libyan football was thrown into disarray following last year's civil war that led to the death of leader Muammar Gaddafi.

The Mediterranean Knights had to play "home" qualifiers for this year's Africa Cup of Nations in Mali and Egypt but overcame chaos and upheaval back home.

Despite the problems Libya qualified for the Nations Cup in Gabon and Equatorial Guinea in January and February.

Libya failed to get past the group stage of the Nations Cup despite drawing with eventual champion Zambia and beating a powerful Senegal team.

The Libyans last played an international match at home in late 2010.

Tunisian football also has been troubled following the revolution in that country, with all league games now played without fans because of worries of violence in the stands.