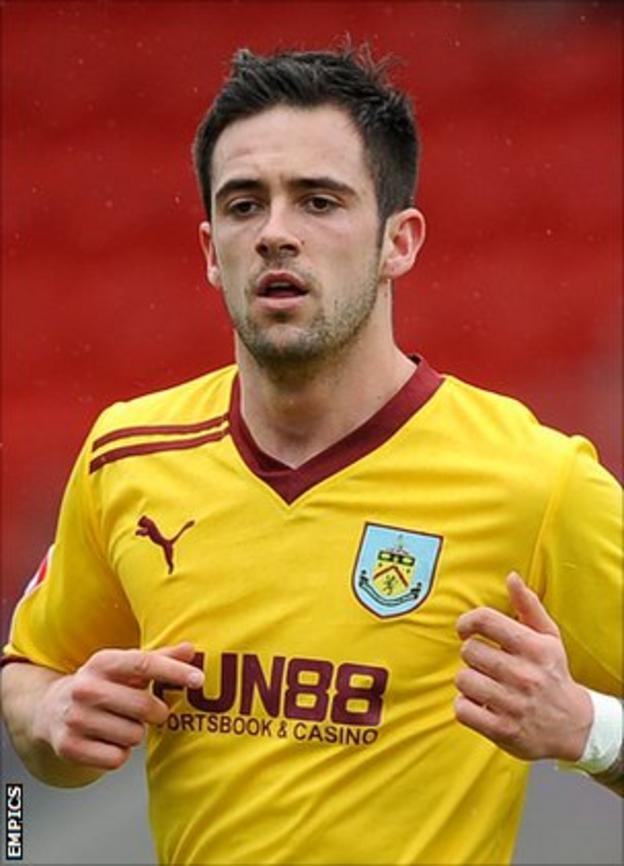 Danny Ings is confident that Burnley can build on a mixed season in the Championship and push for promotion to the Premier League next term.

With no chance of reaching the play-offs, the Clarets are already looking at areas they can improve next season.

"We've shown that we can compete with any team in this league," striker Ings, 20, told BBC Radio Lancashire.

"Then in some games we've made mistakes that have cost us points, but there are lots of good things to take forward."

Eddie Howe's side are currently 11th in the Championship, 10 points off the play-off places with three matches left to play, starting with the short trip to Blackpool on Saturday.

From a personal point of view, Ings is also hoping for better things from the 2012-13 season.

He moved to Turf Moor from League One side Bournemouth in August for an undisclosed fee, believed to be in the region of £1m.

However, Ings suffered a cruciate knee ligament injury soon after his arrival and had to wait until 14 February to make his first-team debut.

"There have been a lot of ups and downs for me," he added. "I went to Dorchester and got some football under my belt, which is probably the best thing that could have happened to me.

"I'm just grateful that Eddie Howe brought me to Burnley because it's a fantastic football club."

Howe's side will equal a club record of 11 away wins in a league campaign if they emerge victorious at Bloomfield Road.