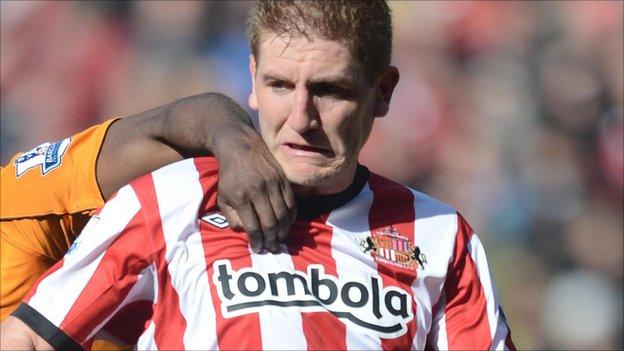 Martin O'Neill's side have won only one of their last four Premier League games and lost an FA Cup quarter-final replay to Everton.

"We can perform at high levels in games so it's no excuse. It's a mental thing, so we have to get back on it."

Despite failing to secure a victory in the last five matches in all competitions, Sunderland's defensive record has remained largely impressive with clean sheets against Tottenham and

Only a 4-0 Premier League defeat at Everton has dented the goal difference, with Turner and centre-back partner Matt Kilgallon developing a partnership in front of goalkeeper Simon Mignolet.

"From a defender's point of view, I'm pleased with the two clean sheets," added Turner.

"Matt's come in and done well, a great job for the team and I've enjoyed playing alongside him.

"However, we need to get a balance between defending well and going forward at the right time, put pressure on teams and score goals.

"Goals win you games at the end of the day and we need to get back to winning ways."