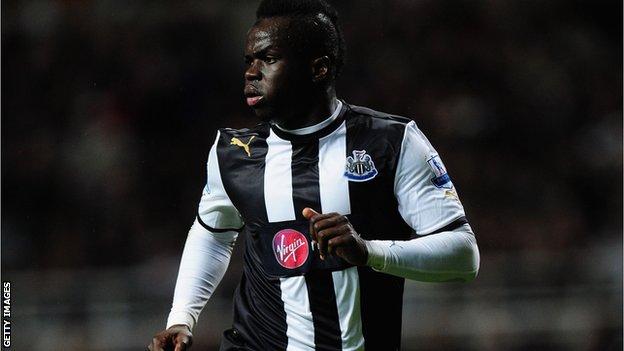 Midfielder Cheick Tiote insists he has no intention of leaving Newcastle.

The Ivory Coast international, a key member of the Magpies' side that sits fifth in the Premier League, is reportedly wanted by several clubs.

But he told the Newcastle Evening Chronicle: "I'm a Newcastle player - my future is at Newcastle.

"I have to finish this season strongly and help the team get into Europe. We have a good opportunity to play in the Champions League."

Manchester United and Chelsea are among those reported to have expressed an interest in 25-year-old Tiote, a £3.5m signing from FC Twente in August 2010.

In February 2011 he agreed a new six-and-a-half-year deal at Newcastle, and he could be in line to face Stoke on Saturday after recovering from a hamstring injury.