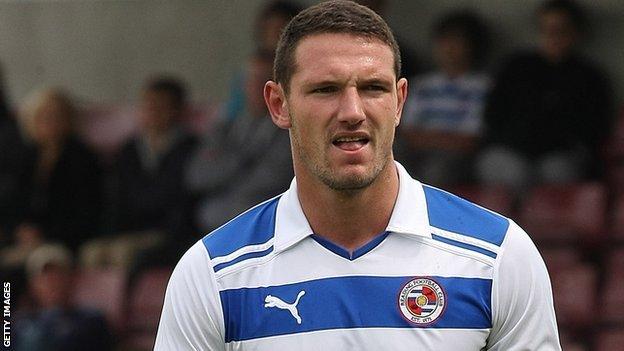 Huddersfield Town's on-loan defender Sean Morrison is unsure which club he will be playing for next season.

Morrison, 21, has made 17 appearances since joining the club from Championship side Reading.

"I'm just concentrating on the job at hand. I still have two years left on my contract with Reading," he told BBC Radio Leeds.

"It's impossible for me to say at the moment. I'm loving my time here and hopefully I can get a promotion."

He added: "The main thing on my agenda is just finishing the league season well and gathering a bit of momentum."

Morrison has not made a league appearance for his parent club since signing for the Royals from Swindon in January 2011.

Despite his lack of game time at the Madejski Stadium he is delighted the club have secured a place in the Premier League.

"I was involved in some squads earlier this season but the results they've picked up recently have been outstanding," he continued.

"Obviously I'm happy for the lads and I've got some good friends there so I'm extremely pleased that they've got promotion.

"They fully deserve it and the coaching staff all deserve massive congratulations."