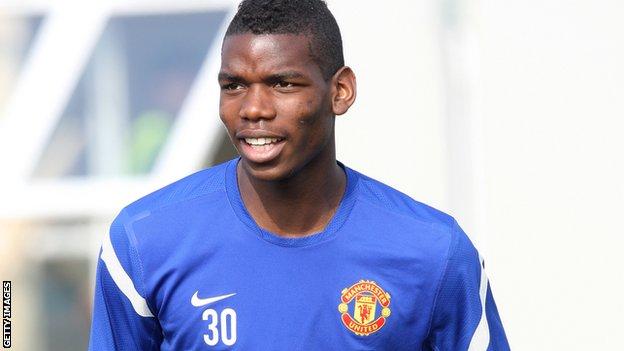 Manchester United manager Sir Alex Ferguson says the club is waiting on midfielder Paul Pogba to decide whether he wants to sign a new deal.

The 19-year-old has been the subject of speculation over his future with Juventus linked with making a move.

But Ferguson said terms have been agreed with the Frenchman's agent and the club is now just waiting on Pogba.

We have agreed a deal with his agent. Now it is just down to the boy.

"The boy has great potential and he is at the right club. He has to make that decision," Ferguson told MUTV.

"We have agreed a deal with his agent. Now it is just down to the boy."

Pogba's first team chances looked restricted particularly when fellow midfielder Paul Scholes came out of retirement at the age of 37.

But the Frenchman had returned to the first team squad in recent weeks, making seven substitute appearances, before he was ruled out for the rest of the season with ankle ligament damage.

Meanwhile, Reds striker Will Keane, 19, who made his senior debut against Blackburn earlier this season, is set to go out on loan next year.

Ferguson said: "Will is progressing the right way. The lad is a good finisher and has good potential.

"He needs a bit of toughening up and next year we will possibly put him out on loan. That would be good for him."